SupernatuReal Jet returns as a photographer this time and brings along
SupernatuReal Britney Siren as her muse. Jet had this to say about the shoot... 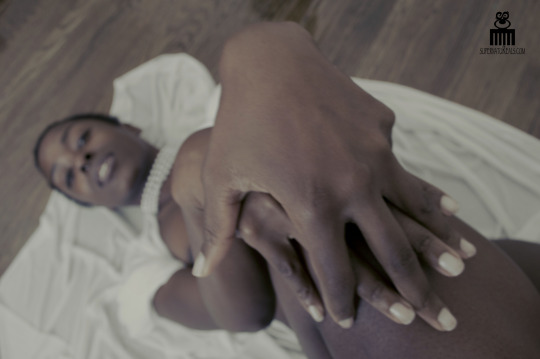 When I got the assignment to shoot Britney, I immediately wanted to capture her skin tone against white fabrics, walls and accessories. The goddess venus came to mind. Simple and ethereal; Britney effortless epitomizes the feminine form, beauty and elegance. 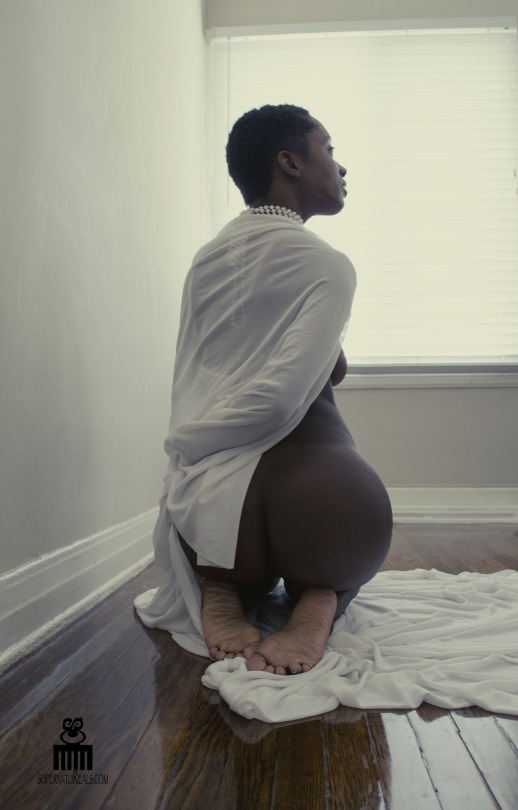 "" Be on the lookout for more of Jet's photography to be featured at SupernatuReals.com as she continues to find beautiful women and capture their beauty with her camera. 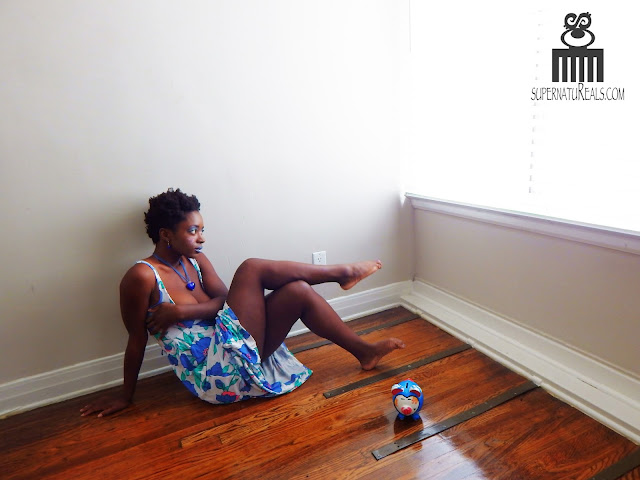 The beautiful SupernatuReal sporting the short Afro in this in this pictureset is Britney Siren. Maybe it's just me but she shares a striking resemblance to actress N'bushe Wright. If you've ever seen the movie "Dead Presidents" you'll know what I mean. 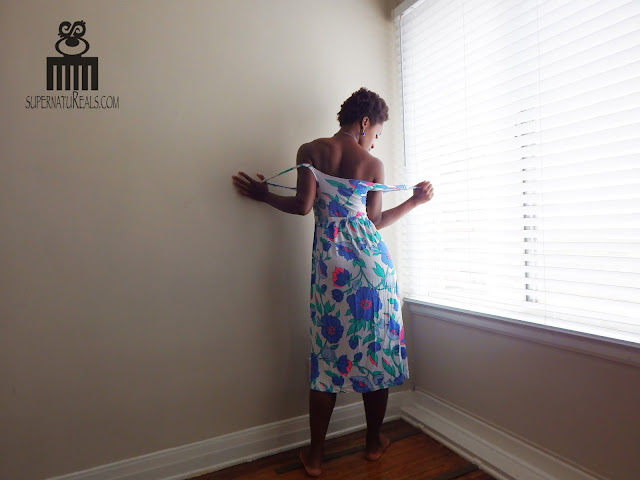 Britney starts off wearing a summer dress then slowly and seductively strips down to nothing. She had this to say about her natural hair: " Straightening is not only dangerous but a huge hassle. I like different looks but I can have straight hair by wearing a wig every once in a while. I have a much easier time just being the way I natrually (rather than) putting a bunch of fake hair in. I think I'd still do this every so often as I like colored braids and such but doing it on a daily basis just isn't needed..." 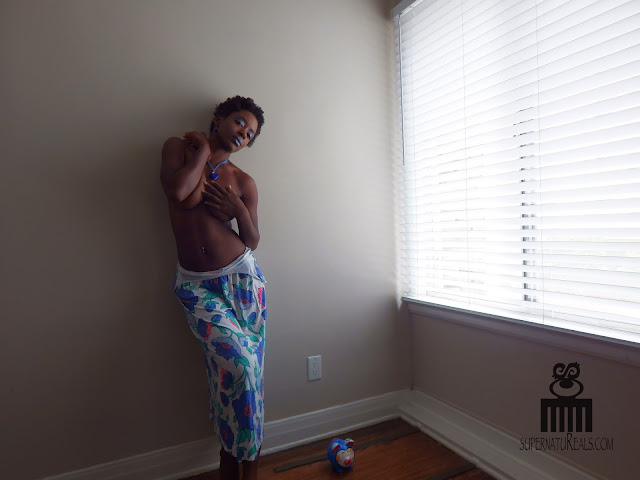 "... I also noticed that people treat you differently when your hair is straight. At job interviews or just on the street. Since I pretty much work for myself now I don't have to worry about how someone else feels about my hair anymore." 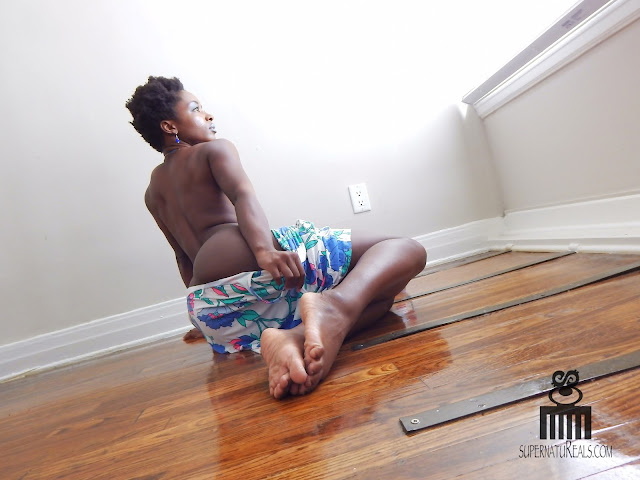 SupernatuReal Britney Siren normally does video for the site but she switches things up in today's update and shares a beautiful set of photos with us. Acting as both model and photographer, Britney shows her skills both in front of and behind the camera. 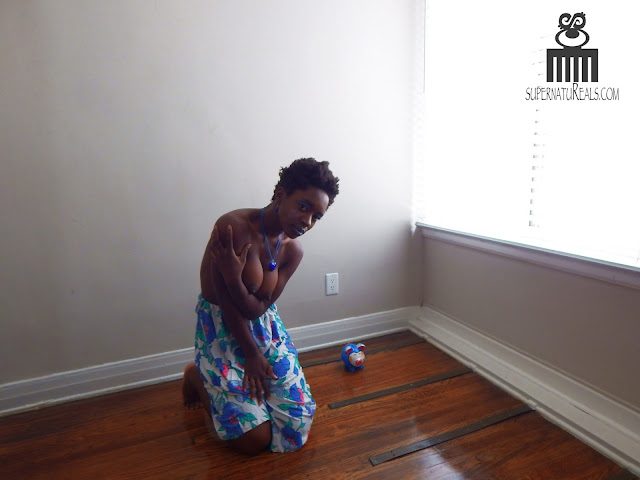 SupernatuReal Britney Siren is back rocking her beautiful afro doing another "Super" funny, comic book, striptease parody . Plenty of superpowers, explosions and sexiness in this one!

SupernatuReal Britney Siren returns with her signature afro doing another funny comic book parody. Force fields, invisibility and sexiness are the tools she uses to battle the forces of evil this time around all of her clothes disappear...and then so does she!

SupernatuReal Britney Siren returns to kick butt in a parody of a popular video game character.  The more clothes she strips out of, the more her energy bar drops!

Click the pick to return to the home page.